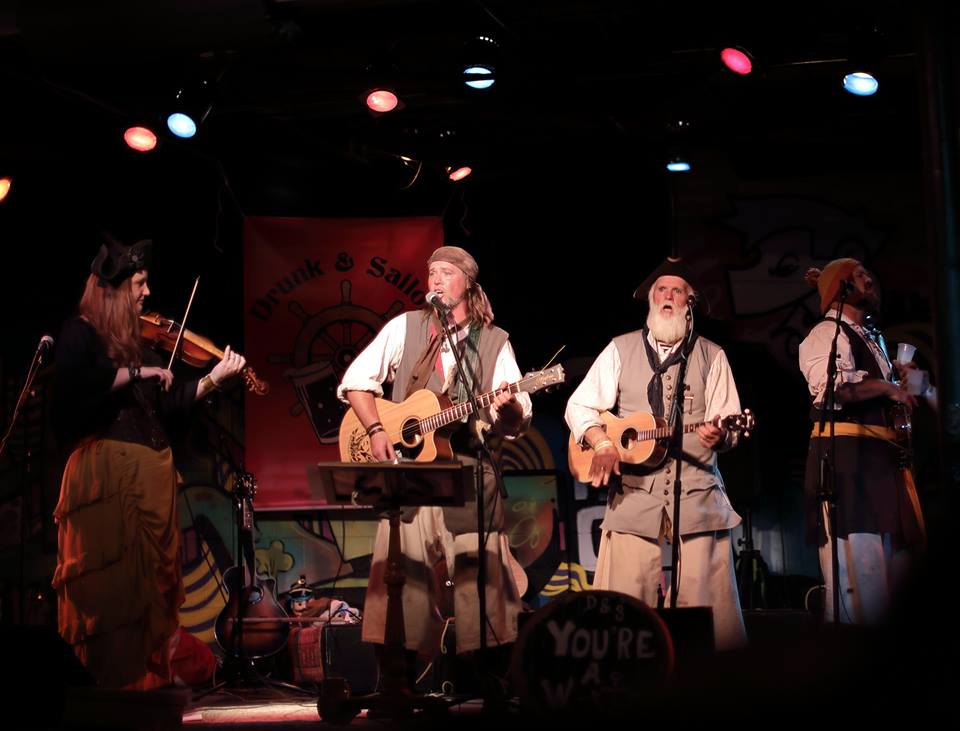 Hi, I’m Dieter, one of the new guys at Mediaura (though no longer the newest guy, thanks Brandon!) In my spare time I dress up like a pirate and sing sea shanties and drinking songs as part of the band Drunk & Sailor. This year we decided we wanted to take our pirate game up a few notches, and we organized the first Kentucky Pirate Festival. One of the great things about working for Andrew here at Mediaura is that he is a big supporter of his employees and the things they do outside of work. Mediaura was a proud sponsor of the Pirate Festival, and we couldn’t have pulled it off as well as we did without that assistance!

At the Kentucky Pirate Festival, held in the Tim Faulkner Gallery, families and friends gathered to taste the freedom and camaraderie of the pirate’s life! We brought in entertainers from as far away as Mobile, AL and had two stages running all afternoon. There were about twenty different vendors hawking their pirate wares, and our other sponsorship from Sailor Jerry ensured that there was plenty of grog to go around. We had costume contests, scavenger hunts, kids’ games, painting classes, pirate speed dating, and more! I think it’s safe to say that everyone had a great time, and we’ll definitely do it again next year! Follow the Kentucky Pirate Festival on Facebook or sign up for the mailing list on our website so you don’t miss out.